Warning: "continue" targeting switch is equivalent to "break". Did you mean to use "continue 2"? in /home/rammsoft/public_html/pmstories/en/wp-content/plugins/jetpack/_inc/lib/class.media-summary.php on line 77

Warning: "continue" targeting switch is equivalent to "break". Did you mean to use "continue 2"? in /home/rammsoft/public_html/pmstories/en/wp-content/plugins/jetpack/_inc/lib/class.media-summary.php on line 87
 Funny quotes and jokes about computer programmers from the old times 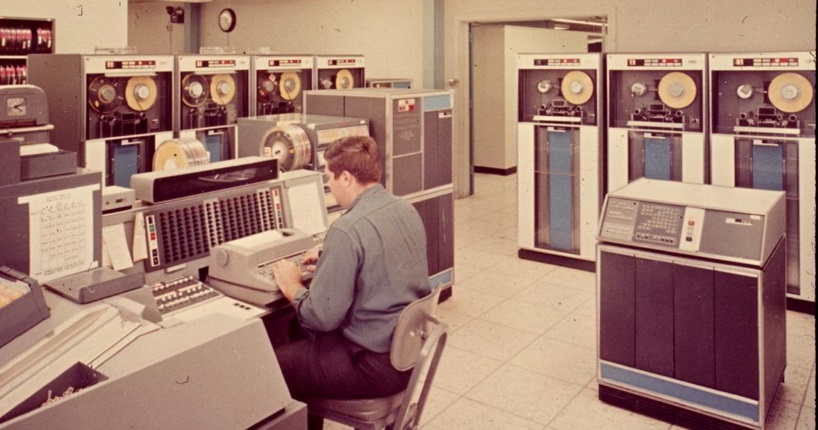 “How many hardware engineers does it take to change a light bulb?”
None: “We’ll fix it in software.”

“How many software engineers does it take to change a light bulb?”
None: “We’ll document it in the manual.”

“How many Microsoft engineers does it take to change a light bulb?”
None: “Let’s define darkness as the industry standard.”

“How many tech writers does it take to change a light bulb?”
None: “The user can work it out.”

Line Printer paper is strongest at the perforations.

The goal of Computer Science is to build something that will last at least until we’ve finished building it.

Every program is a part of some other program, and rarely fits.

When the program refuses to work as intended, change the specification to fit the program. It’s easier than vice versa.

Information Center, n.: A room staffed by professional computer people whose job it is to tell you why you cannot have the information you require.

The Devil’s Dictionary to Computer Studies

If the code and the comments disagree, then both are probably wrong.

God made machine language; all the rest is the work of man.

Real Programmers don’t write in PL/I. PL/I is for programmers who can’t decide whether to write in COBOL or FORTRAN.

A language that doesn’t affect the way you think about programming is not worth knowing.

At the source of every error which is blamed on the computer you will find at least two human errors, including the error of blaming it on the computer.

I expect that any day now someone will invent a round thing which rolls along the ground and minimizes friction, only it will need a 233-megahertz Pentium processor to do it.

The world is coming to an end. Please log off.

If you like the posts in this blog or you are interested in the discussed topics, please, subscribe to the RSS feed to guarantee yourself that you won’t miss an interesting post. You can do it in an RSS reader or by Email.

Previous: What Kind Of Programmer Are You?